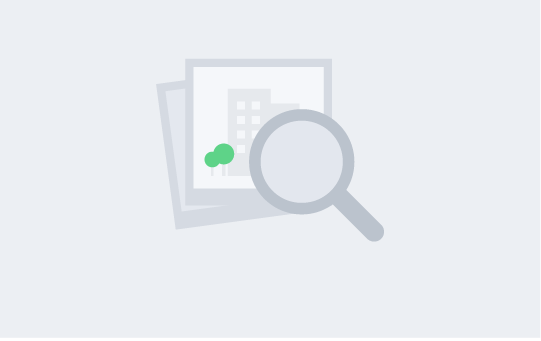 Photo Under Screening
Verified
This property has been verified on location by our team Learn more
Share Feedback
Hide
Shortlist
Posted on 15th Jan, 2022 by Owner
Sachin Baindur
Quicklinks
Feedback

Reviews for Dombivli (East), Mumbai Beyond Thane
Read what locals have to say...

Points to Consider
for Dombivli (East) Location
What's great here!
Dombivili East is a popular suburb in Thane, housing many affordable properties
Connectivity to IT hubs drives housing demand here
The area offers a mix of residential and commercial properties at rates affordable than neighbouring locales
Dombivli East is connected via the central line of the Mumbai Suburban Railway
Residential properties priced in the bracket of Rs 35-65 lakh are popular in Dombivli
The region is well connected to areas such as Kalyan, Ulhasnagar and Koregaon
Kalyan-Shilphata Road, Agra Road and NH 4 provide seamless connectivity from Dombivli to other major hubs of Mumbai
Dombivli MIDC is a major industrial and employment hub in the region
Lodha Xperia Mall, City Mall, and Empress Mall are some of the popular malls in Dombivli East
CP Goenka International School, Gurukul and Narayana E-Techno are some of the top schools in Dombivli East
Amrut Hospital, Sparsh Hospital, and Rajanigandha Hospital are some of the top hospitals in Dombivli East
Children's park, Rambhau Mhalagi Udyan, and Nani Park are a few of the famous parks in Dombivli East
Chemical industries to install equipment to control the rising pollution in Dombivli East
What needs attention!
Dombivli sees a number of illegal constructions every year
Insufficient local trains starting from Dombivli Station leads to overcrowding
Kalyan-Dombivli ring road work is delayed as landowners protest against KDMC for not getting proper compensation
Shortage of public transport causes trouble for daily commuters from Dombivli to Mumbai
Katai road over bridge, connecting Dombivli to Mumbai, Navi Mumbai, is closed repair work after being surveyed as unfit
Common Mentions
Based on 242 reviews
Positive Mentions
Easy Cab/Auto Availability
Good Public Transport
Markets at a walkable distance
Good Schools are nearby
Safe at Night
Good Hospitals are nearby
Negative Mentions
High Pollution
Frequent Traffic Jams
Read Points to consider 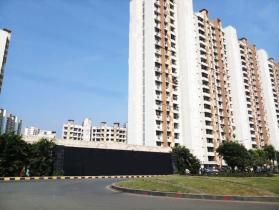 Dombivli (East), Mumbai Beyond Thane
4.3/5
based on 242 Reviews
View Locality Insights
Ratings by Features
Safety
4 out of 5
Lifestyle
4 out of 5
Environment
4 out of 5
Connectivity
5 out of 5
5
★

It has a good public transport and

no traffic jam nearby which is the biggest advantage here. It has easy access to Cab or Auto and are available anytime. The Roads are well maintained with less garbage. The schools are nearby to that locality and even the markets or supermarkets are at a walkable distance.Show More
Tanuj Patil, Former Resident | Posted 1 month ago
4
★

is spatial not conjusted like most cities, you can se lots of greenery. Locality has too many buildings which were well planned so road connectivity is good. You can find best transport system. Public transport is mediocre in this locality but you can find enough private transpotts which won't make you wait more than 2-3 min. Show More
Owner of Property | Posted 1 month ago
3.2
★

Almost all facilities are available

in my area. A few gardens and parks are also available. Hospitals are also very near to my area. Railway facilities are also available and buses available in every Street so transport facility is very easy. A few banks are also located there is a river named ulhas river which is passed beside of my area so a pleasant atmosphere takes place with the greenery environment.a few grounds are arranged for outdoor games.Show More
Sekar, Tenant | Posted 1 month ago
3.7
★

Dombivli is located between kalyan

and thane,so it is well connected . Local train plays crucial role .Bus and auto services are also quite well in Dombivli. Supermarkets like dmart and others are also available here. The best thing about Dombivli is affordability.This is place is affordable and cheaper than places like thane and mumbai.Show More
Vishal singh, Tenant | Posted 1 month ago
3.7
★

Domvibali is located near kalyan .T

It’s in one of the upcoming smart c

ity project. It is really a nice place. I have been there for couple of years. The locality is so good. Also the women safety is one of the main reason for this place for which my sisters and mother appreciates it all the time. If you are planning to shift here you won’t be disappointed. Show More
Satyendra Pandey , Former Resident | Posted 1 month ago
4.4
★

My locality is good for those who l

Are there properties for rent in Dombivli (East) available without brokerage?

Explore 7+ owner properties for rent in Dombivli (East) on 99acres. Find details with easy to use filters like Photos, Verified listings, Under construction, Ready to move listings and many others.
Q
✅

There are over 7+ semi-furnished residential apartments for rent in Dombivli (East). Find all on 99acres.com Sort your search results using important parameters like price and date of posting.
Q
✅

Yes, there are a number of affordable apartments for rent in Dombivli (East). Find out for the ones that match your budget and other search criteria.
Q
✅

Are there any society apartments available for rent in Dombivli (East)?

There are many available apartments in different societies. Get a complete list of society apartments for rent in Dombivli (East) only on 99acres.
Q
✅

What are the property types available in Dombivli (East)?

Which are the popular societies/gated communities to rent a property in Dombivli (East)?