Flats in Andheri (West) Mumbai for Sale Below 5.75 Crores

16
Verified
This property has been verified on location by our team Learn more
Share Feedback
Hide
Shortlist
Posted on 15th Jan, 2022 by RERA Registered
Top Dealer
BMG Properties
Not sure about location?
Consider these popular locations
Similar properties almost matching your search

17
Verified
This property has been verified on location by our team Learn more
2 people already contacted this week
Share Feedback
Hide
Shortlist
Posted on 26th Oct, 2021 by Owner
Kashyap Jani

Reviews for Andheri (West), Mumbai Andheri-Dahisar
Read what locals have to say...

Points to Consider
for Andheri (West) Location
What's great here!
Infrastructure development and availability of quality projects have made Andheri West ideal for real estate investment
Andheri West is a developed locality with sound infrastructure, proximity to employment hubs and good connectivity
The area is popular among tenants for its seamless connectivity to other parts of Mumbai
Andheri West is well-connected via SV Road, Metro Line 1, Andheri Railway Station and Western Express Highway
Versova metro station on line 1 of Mumbai metro is just 2 km away from Andheri West
Zee School, St Mary's High School, Gyan Kendra Secondary School are among the popular schools in Andheri West
Kokilaben Dhirubhai Ambani Hospital, Mallika Hospital and Hajari Hospital are located in Andheri West
Olympic-standard sports complex at Veera Desai Road in Andheri West is available for residents at a nominal fee
BMC opens two free parking lots at Kabra Metro One and Lokhandwala Complex to ease traffic in Andheri West
Infiniti Mall, Citi Mall, Andheri West market and Fun Republic are some of the shopping complexes in Andheri West
BMC has started new Mini/MIDI buses routes from Andheri to other parts of Mumbai
Oshiwara District Centre in Andheri West is the next sought after commercial hub after BKC
Public transport such as buses, cabs, autos, trains is available in abundance in Andheri West
Chhatrapati Shivaji Maharaj International Airport is around 9 km away from Andheri West
Lokhandwala Market, Versova Beach, and Swami Smarth Tempe are some of the popular tourist spots in Andheri West
NESCO, Nirlon Knowledge Park, Mindspace Malad and Andheri Industrial Estate are located near Andheri West
Offers abundant of ready-to-occupy 2 BHK units for both buying and renting
Lallu Bhai Park, Nani Park, and Bhardawadi Park are a few parks in Andheri West
Balaji Telefilms, Yashraj Studios, Sahara TV, Big FM are a few entertainment houses in Andheri West
What needs attention!
Residents in Andheri West face frequent unplanned power cuts
Traffic gets interrupted on New Link Road connecting Malad West and Andheri West due to waterlogging during monsoons
The road from Infiniti Mall to Lokhandwala Complex in Andheri West is filled with potholes
Many illegal stalls have encroached the footpaths at Azad Nagar No. 1 near Apna Bazar, Andheri West
Illegal dumping of debris adjacent to the Lokhandwala back road is endangering mangroves in Andheri West
DN Nagar to Dahisar West metro line is delayed due to late delivery of coaches from BEML
Andheri West has lost green cover from 63% to 20% in the last 10 years
Common Mentions
Based on 367 reviews
Positive Mentions
Good Public Transport
Easy Cab/Auto Availability
Metro Connectivity nearby
Good Schools are nearby
Markets at a walkable distance
Safe at Night
Negative Mentions
High Pollution
Frequent Traffic Jams
Read Points to consider 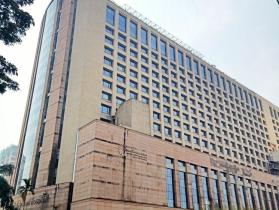 Andheri (West), Mumbai Andheri-Dahisar
4.5/5
based on 367 Reviews
View Locality Insights
Ratings by Features
Environment
4 out of 5
Connectivity
5 out of 5
Safety
5 out of 5
Lifestyle
5 out of 5
3.9
★

Grocery stores and medical stores a

re available within walking distance . hospital and clinics are also very nearby . Metro is hardly 15mins walk . There are school n colleges within 5 km radius . Transportation like best buses and rickshaw are available easily . There are many fast food joints and eatery within 200meters . Banks like boi , icici are within walking distanceShow More
Former Resident | Posted 10 days ago
4.8
★

The aminities and the facilities in

Andheri West is fascinating. There is over all good connectivity. It has connectivity to Railway, Metro and is very close to Airport. It has Bhavans college and Many hospitals. The surrounding is very safe. The evnironment is clean. But being the centre of Mumbai it many times results in traffic jams.Show More
Former Resident | Posted 29 days ago
4.4
★

Andheri West is a good locality. It

has provides good connectivity to restaurants, schools, offices, hospitals, banks and malls. The best point of this locality is most importantly the security maintained by the police is good making Andheri West the safest locations to reside.Show More
Former Resident | Posted 1 month ago
3.1
★

All of the facilities are available

in my area. Our area is a coastal area which is located at the sea so climate is very cool. Railway facility also available and buses available in every Street Transport from one place to another place is very easy. A few banks and hospitals also located. Airport is also established so international transport is also very easy. There are many resorts available in my area.Show More
Ganesh, Tenant | Posted 1 month ago
4.7
★

Lokhandwala is one of the best area

s of Mumbai. Few celebrities including KAPIL SHARMA reside here too!! Public parks, theater, clubs and restaurants are few prominent amenities of this area. You may find it difficult to hire a rickshaw but cabs work fine. Public parks are well maintained with good and hygienic washrooms. Overall it's one of the best areas to reside and it is obviously expensive than few other places in Mumbai.Show More
Rajiv jain, Owner of Property | Posted 1 month ago
4.9
★

Home to hospitals such as Sanghvi H

There are many Shopping mall are in

✅ Are there other localities near Andheri (West) offering flats for sale?

Yes, you can find other localities like Goregaon (East) offering similar flats for sale.
Q

✅ Does Andheri (West) has flats in resale?

There are 8+ resale flats in Andheri (West). Search using relevant filters and get complete list on 99acres.
Q

✅ Are there any ready to move flats available in Andheri (West)?

Yes, there are 8+ ready to move flats in Andheri (West). Explore all on 99acres.com. Sort your search results using important parameters like price and date of posting.
Q

✅ Are there any affordable residential flats to buy in Andheri (West)?

✅ Which society flats are available in Andheri (West)?

There are many society flats in Andheri (West). Get a complete list of all of them on 99acres.
Q

✅ What are the new residential projects in Andheri (West)?

New projects are a crucial part of Mumbai real estate. Find the complete list of residential projects in Andheri (West) on 99acres.
Q

✅ What are the new launches in Andheri (West)?