Get to know more about Borivali (West)View Locality Insights
Pre Leased
Owner
Verified
Ready To Move
Under construction
With Photos
Sort By
Verified
This property has been verified on location by our team Learn more
2 people already contacted this week
Posted on 12th Oct, 2021 by Owner
Ghansham Lalwani
Share Feedback
Hide
Shortlist

6
Verified
This property has been verified on location by our team Learn more
Share Feedback
Hide
Shortlist
Posted on 06th Dec, 2021 by Dealer
Jigar Real Estate Agent
Not sure about location?
Consider these popular locations
Quicklinks
Feedback

Reviews for Borivali (West), Mumbai Andheri-Dahisar
Read what locals have to say... 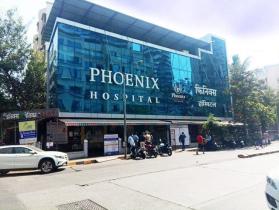 Borivali (West), Mumbai Andheri-Dahisar
4.5/5
based on 300 Reviews
View Locality Insights
Ratings by Features
Environment
4 out of 5
Lifestyle
4 out of 5
Connectivity
5 out of 5
Safety
4 out of 5
4.6
★

It's be an honour to me to review m

y locality and my society. There are so many positive points about our society as mentioned below , there is good public transport that Includes local buses, taxis, auto rickshaws, and also easy availability of cabs during whole day. Roads are properly maintained in comparison to past 2 to 3 years. Markets of daily needs are at walkable distance also price segment of goods are quite reasonable. Roads have proper street lights, we get proper parks and ground for play, yoga,and exercise . Safe at night as because of police patrolling and sensitive security. Power cut is decent, not for so longer. Show More
Pramod kumar, Owner of Property | Posted 11 days ago
5
★

Borivali Is the best location to li

ve though it is borivali or kandivali as there is everything a person wants, for example, good gardens and the very famous "Sanjay Gandhi national park" is there. Market area for purchasing vegetables, stationery items and many more is there. Outside the station there is a food area where very famous and renowned restaurants are there along with many stalls for street food.There is a place called "indraprasht" where people form many far location come just to buy or repair phone because of its low price.Borivali is also mainly famous for its street shopping and ornaments.Show More
Tenant | Posted 1 month ago
4.9
★

It is very good crowd you will get

in Borivali specially Gujrati and Marwadi but other cast also are staying and enjoying, feel safe. The connectivity in Borivali West also good I.E railway to come from outside Mumbai every train halts in Borivali. S.V. Road and link road is the good connectivity who wants to come by driving from Mumbai or outside Borivali. School, college, market, temple, Jain Temple you will get in 7 to 10 minutes walk from all area.Show More
Chaitanya, Owner of Property | Posted 2 months ago
4.4
★

Borivali West is nice locality and

you can reach the locality from Borivali station in 10 minutes by public transport. Nice decent locality with lots of trees and play area for kids. Good place for retiree, families and couples.It is very peaceful and safe locality with all the conveniences nearby, like super markets, shopping arcade, restaurants, hospitals and schools nearby. It is ideally connected to both S.V. Road and Link Road, and 15 minutes walk to station. RShow More
Former Resident | Posted 2 months ago
5
★

The locality where i stay is very g

ood and the neighbours and shop owner are also good when it comes to helping someone in their emergency. The bus stop is nearby and the temple is also there besides the building so we can take the blessing of God and there is also a public garden where everybody come to walk and it is very good in the morning and in the evening. Show More
Real Estate Agent | Posted 2 months ago
5
★

Itz a very good place with all' the

amenities around, beautiful location n all are near by place mallas, theatre, shopping, groceries,metro are all near by,,school is also walking distance, it has all the amenities including swimming pool , garden area , playful area for kids, gymnastics, indoor games ... seperately car parking areas for visiting, watchman all good with all updates of entry in societyShow More
Simmy shah, Owner of Property | Posted 3 months ago
4.4
★

This is positive review of borival