Ahmedabad’s real estate market was marked by an improvement in resale sales and price points, quarter-on-quarter, in the year 2019. The infrastructure developments in pipeline such as the upcoming sports complex behind NID may further benefit the real estate industry in the city in 2020. 99acres tries to analyse other trends, key milestones and their impact on the overall market sentiment, demand, supply, and property prices in the city.

Ahmedabad, like other metros, struggled due to multiple policy reforms such as RERA and GST in 2018. The year 2019 also witnessed some after-effects of the policy changes, clubbed with hyper-local factors such as increasing land prices in the city, political instabilities and economic slowdown triggered by the shutdown of medium-to-small scale industries in the State. All these cumulatively resulted in fewer new project launches and a decrease in the home ownership appetite across the city. Moreover, the ongoing infrastructure improvements such as the construction of flyovers and metro corridor in the city have not been able to pull homebuyer sentiments up yet. The State’s decision of increasing FSI to four for construction along 45 m or wide roads and 3.6 for projects along 36-44 m wide roads also failed to trigger sales volume. While homebuyers are expecting a downward revision in the property prices, the developer community is struggling to cope up with increasing land cost along with the liquidity crunch, courtesy NBFC crisis.

Discontinuation of the online building approval system and end of land acquisition woes explains the jump in the new launches in the first half of 2019 – around 3400 housing units.

Performance of the residential market in Ahmedabad in 2019

The first quarter of the year was marked by a marginal increase in the property enquiries along with restricted new launches. Various factors contributed to the stagnancy in the market, including the ongoing liquidity crisis and tiresome project approvals. However, the performance of the subsequent quarters was comparatively better in terms of enquiries and residential demand as the market gradually revived from the dullness triggered by General Elections and ambiguities pertaining to the revised GST regime. Launches, however, remained constricted and confined mainly to the affordable segment, especially in the Northern and Eastern parts of the city. As per the estimates, nearly half of the units launched in Ahmedabad from 2014 to H1 2019 fall under the affordable category.  Also, out of 41 new additions in the market during the third quarter of 2019, the majority fell under this category. “The market witnessed an addition of 6-7 new projects during Deepawali, which amounts to more than 11,000 units in total, informs Jinesh Shah, Owner, Swastik Property Solutions, Ahmedabad. While a few factors worked well for the realty this year, factors such as the overall economic slowdown and exorbitant land prices remained a cause of concern for the developers.

Status of unsold inventory in Ahmedabad in 2019

Keeping a lid on the number of new launches, the developers focused more on offloading the existing inventory even in 2019. As a result, the level of unsold inventory scaled down from 20,000 in January 2019 to nearly 9,000 by the end of September 2019, the majority of which lies in North Ahmedabad. As a result of the low level of new launches and a notable drop in the unsold inventory, the Quarters to Sell (QTS) also witnessed a decline and stood at 2.5 during July-Sep 2019 (99acres Insite).

Housing sales in Ahmedabad in 2019

Availability of inventory within the desired price bracket, planned infrastructure development such as the widening of SG Highway, and buyer-friendly reforms kept the yearly sales in momentum. The city witnessed a 1.5 percent increase in housing sales during the first half of 2019 and stood at 8,212 units as against 8,087 units in 2018. Marked by an abundance of festivities, the months of October and November, too, reported positive home buying sentiment. According to Jinesh, “The projects that were launched almost a year back are 70 percent complete as of now. This has revived the trust and confidence of the homebuyers in the real estate sector. The developers, too, are trying to cater to the demands of their prospective customers.”

Areas such as Shela, Shilaj, Narol, Bopal, Gota, Chandkheda, and Vaishnodevi remained the popular investment zones throughout the year as the buyers attested their affinity for ready-to-move-in units priced around Rs 40-Rs 45 lakh, especially 2BHK and 3 BHK configurations. According to 99acres Insite Report, over 70 percent demand remained inclined towards the affordable segment and properties priced above Rs one crore kept struggling for buyers’ attention.  Prices of housing units largely remained stable and reported a modest hike of two percent, QoQ, only in the Jul-Sep quarter.

Talking about the real estate performance of Ahmedabad in the year 2019, Pravin Bavadiya, Chairman and Managing Director, City Estate Management, Ahmedabad, avers, “The market had overall been slow in 2019. In fact, this has been the scenario since the past 2-3 years. Though there were a good number of enquiries owing to pro-buyer measures such as Repo rate cut by RBI, the conversion rate was less. Various government measures, including RERA and GST along with other local factors, contributed to this slowdown. Property prices have been stagnant since 2015.”

Status of the commercial segment in Ahmedabad

Contrary to the residential segment, launches in the commercial market were mainly restricted to the Western region. The city witnessed a massive increase of 192 percent, YoY, in the number of new office space completion. However, in the wake of meek demand for commercial spaces, the city reported a sluggish commercial space transaction amounting to 0.1 million sq ft approximately in H1 2019, as against 0.5 million of office supply during the same period. The steady influx of new supply also led to a correction in the rentals across various micro-markets.

The residential demand in Ahmedabad is witnessing noteworthy improvement every quarter, positively impacting sales, especially in the resale segment. Except for the inauspicious Kamurta period, i.e. the period starting from December 15 till the mid of January 2020, the market is likely to witness shoots of recovery owing to multiple planned infrastructure projects such as the APMC-Shreyas Metro Corridor, six-laning of SG Highway, and the construction of seven additional flyovers. Additionally, an increase in the Floor Space Index (FSI) with special FSI for landmark buildings might reduce the cost of residential and commercial properties and propel demand in the times to come. Similar to 2019 and the years before, the affordable segment is expected to maintain a healthy momentum. 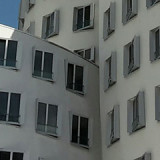 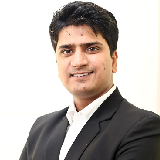