While demand and enquiries for buying and renting homes in Kolkata were dismal on the back of the COVID-19 lockdown, the tail end of H1 2020 saw the city’s real estate activity bounce back. We delve into how the Kolkata residential market salvaged some amount of activity post Q2 2020 and what aspects of the market hold promise for times to come.

The first quarter of 2020 began on a high note for Kolkata, as the city saw an increase in property enquiries and a healthy sales volume within the Rs 40 lakh budget category from Rajarhat, New Town and prime South Kolkata localities. However, COVID-19 restrictions towards the end of March grossly impaired the cash flow as enquiries dried up, and developers shifted their focus on completing existing projects instead of launching new ones.

Although figures are yet to match those from the previous year, enquiries and sales, as per the 99acres.com Insite Report for Jul-Sep 2020 have hinted at an increase as site visits have gradually resumed. Developers have also quickly optimised the use of digital platforms to carry out transactions. The real estate recovery in Q3 2020 was marked by East and South Kolkata localities recording enquiries in line with pre-COVID numbers.

The 99acres.com Insite Report shows that about 80 percent of the real estate demand in Kolkata was for 2 BHK and 3 BHK homes priced within Rs 40 lakh; albeit, it was met by a supply of merely 52 percent owing to developers taking a muted approach in launching new affordable units.

As per the JLL Home Purchase Affordability Index, Kolkata was the most affordable residential real estate market in 2020, overtaking Hyderabad, which had taken the lead in 2019. As per Liases Foras, Kolkata currently consists of a supply of 14,229 units priced under Rs 45 lakh, and is only set to add over 24,000 new units in 2021, and by 2023 reach a total of nearly 60,000 units.

The inauguration of the Phoolbagan Metro Station, close to the Sealdah railway station, which handles heavy footfalls, has been a blessing for several north-eastern localities.

“Property prices in localities, such as CIT Road, Kankurgachi, Sealdah, Burtola and Vidyasagar, are set to skyrocket because of the recent opening of the underground metro station at Phoolbagan on the East-West Metro corridor. This is evident from the overwhelming spike in enquiries from homebuyers as well as potential renters in these localities,” avers Bitan Saha, property consultant at Amantran Realtors.

There was significant progress in the construction of the Noapara-Barasat Metro corridor as the lockdown was lifted, which bodes well for the realty of several North 24 Parganas localities. The proposed Ruby Flyover, which would reduce traffic congestion near localities, such as Salt Lake and New Town, and the repair of over eight other flyovers in areas, such as Ultadanga and Sealdah, were also notable for brewing interest for these markets.

Localities that drew interest in the capital market

Prime areas of South Kolkata, such as Joka, Behala, Garia and Tollygunge, attracted steady demand even during the lockdown months of March through June, when most enquiries were from genuine homebuyers willing to finalise deals. These localities, in addition to Rajarhat, New Town and EM Bypass Extension witnessed renewed interest, which matched pre-COVID figures, as per the Jul-Sep 99acres.com Insite Report. However, residential property prices maintained status quo from Q2 to Q3.

Forced by the movement restrictions of the COVID-19 lockdown, the rental ‘asks’ had remained predominantly unmoved, QoQ, from the Jan-Mar to the Apr-Jun quarter. The lifting of the lockdown only pushed the rental market into doldrums as outstation tenants moved back to their hometowns amidst increased adoption of the work-from-home model.

By the end of the Jul-Sep quarter, formerly robust rental markets, such as Rajarhat and Garia, witnessed a YoY decline of four percent and three percent in rental ‘asks’.

With several planned infrastructure upgrades, such as the New Garia-Airport Metro line, facelift of arterial roads and addition of new flyovers, popular localities have recovered former enquiry volumes. The year 2021 may bring more of a recovery for property sales and improved rental activity with the addition of new inventory in the affordable budget segment as well as effective policy announcements in the Budget. 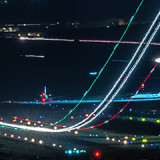