While most of the metro cities failed to cope up with the realty slowdown this year, Hyderabad market remained stable, predominantly on the back of proposed and ongoing infrastructure developments. 99acres highlights the top six significant infrastructure projects that are positively altering the realty scenario and the overall face of the city.

According to Mercer’s Quality of Living rankings 2016, Hyderabad remains the top Indian city to live-in owing to the ‘quality of life’ and ‘socio-infrastructure projects’. As per 99acres Insite report Jan-Mar 2016, the unsold inventory in the city reached an all-time low since 2010 while the absorption rates have shown a y-o-y growth of five per cent with 14,000 units occupied in the FY 2015-16. Experts opine that the paradigm fillip in the realty market is because of the massive infrastructural developments laid out in all directions of the city.

According to Niranjan Yadav, Proprietor, R K Real Estate, “Hyderabad realty market has witnessed immense transformation owing to its infrastructure projects. Developments like the outer ring road, the metro project have uplifted the buyer sentiment in the city. Announcement of the first line of metro, which is expected to be operational by June end, has already boosted the prices in areas like Miyapur and L B Nagar.” In addition, proposals for ‘Ring Road Development’, ‘Information Technology Investment Region’ (ITIR) and ‘Satellite City’ will further prove to be a game changer.” 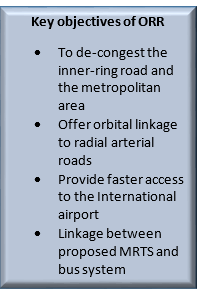 ORR is a 158 km stretch encircling the city of Hyderabad. It is an eight lane expressway developed by Hyderabad Municipal Development Authority (HMDA). The belt not only links urban nodes like Hi-tech City, Nanakramguda financial district and IKP Knowledge Park but also offers easy connectivity to NH7, NH9, NH 161, NH 765. It also enhances access from Hyderabad to Srisailam.

The expressway connects 33 radial roads that further connect with the inner ring road and the upcoming regional ring road. However, the project is behind its schedule due to several logistical issues. lags behind its proposed completion time of June 2013. Nonetheless, construction of only about 23 km of the entire stretch is now remaining.

Due to the growing congestion in Hyderabad, the Telangana government had proposed to expand the city limits by developing satellite cities. The plan was to develop a ‘Health city’ and ‘Pharma city’ with both commercial and residential spaces. Pharma city will be developed over 11,000 acres of land while the Health city will span over an area of 6.76 acres.

Both the towns will be developed by the HMDA. The authority has also proposed to develop International Business District and Financial Business District at Tellapur. Furthermore, IT/ITeS and SEZs are also planned at Kokapet while Pedda Amberpet will have a logistic hub.

Another promising infrastructure development under-execution in Hyderabad is the metro rail project. The planned rail project will run across the city in three lines including Miyapur-L B Nagar, Nagole-Shilparamam and JBS-Falaknuma, covering a total area of 72 km. The first line is undergoing technical inspections and trials. It will be operational by June end this year, informs Niranjan Yadav of R K Estate.

The other two lines are estimated to be completed by December 2018. The project was slightly delayed owing to the protest from the local populace demanding the change in the map of the project around Sultan bazaar and Assembly. The issue has now been resolved. 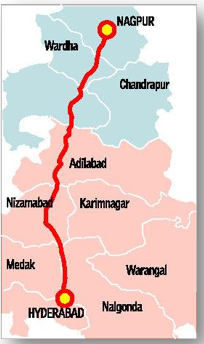 The Telangana government has proposed to develop a 585 km corridor between Hyderabad and Nagpur. The planned corridor will include districts like Hyderabad, Medak, Ranga Reddy, Nalgonda, Nizamabad, Karimnagar, Warangal and Adilanad in Telanagana. This development, proposed and drafted by HMDA, will catapult economic development along the stretch and will largely benefit 27 million people residing in these areas. .

The potential industrial bases that have been recognised in the region include edible oil, handicrafts and handloom units in Medak, forest and mineral units in Warangal, cement and service industry in Nalgonda, textile and paper units in Karimnagar, engineering and service units in Adilabad and electric units in Nizamabad. The endeavour is to create self-sustained industrial townships through excellent infrastructure and planned road and rail connectivity.

Information Technology Investment Region is a proposed IT investment project that is co-jointly held by the state government and the central government. The authorities plan to develop knowledge clusters for expansion of IT and electronic hardware manufacturing on 50,000 acres of land in and around the city. The Central government plans to invest a whopping Rs 10,000 crore in the project to evolve Hyderabad as the global destination for software development in three to four years.

The North-South-East-West corridor is one of the largest ongoing projects in India managed by National Highways Authority of India and Ministry of Road Transport and Highways. The corridor connects the ‘Golden Quadrilateral’ (Chennai, Kolkata, Delhi and Mumbai) and other important highways, bringing several significant manufacturing, commercial and cultural centres together. While the East-West corridor will run from Gujarat to Assam, the North-South corridor will pass through Telangna, touching Adilabad, Kamareddy, Hyderabad and Mahbubnagar districts of the state. The development will decongest the prime areas of the city, developing the outskirts of Hyderabad and backward districts of Telangana. 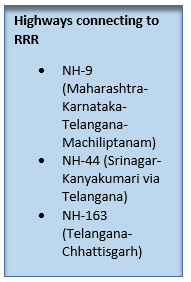 To augment the road network in the city, the state government has proposed to develop a ‘Regional Ring Road’. It will be 290 km long and 90-meter-wide and will pass through Toopran, Narsapur, Sangareddy, Chevella, Shadnagar, Daudguda, Ibrahimnagar, Malkapuram and Bibinagar. Approximately, 210 km length of the RRR is aligned on the existing roads while 80 km road is newly planned.

HMDA will share the preliminary design report of the project by the middle of this year. The report will also include two, three, four and six lane carriage way development plan.

Hyderabad, thus has bagful of infrastructure projects that will have a profound impact on its growth and development. All that remains to be seen is how far the state government expedites the execution of the approved proposals.

Disclaimer: The views expressed above are for informational purposes only based on industry reports and related news stories. 99acres does not guarantee the accuracy, completeness, or reliability of the information and shall not be held responsible for any action taken based on the published information.
Share article
4 Comments 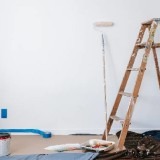