The four most popular residential destinations in Ahmedabad include Shela, Shilaj, South Bopal that are preferred for their affordability, and Ashram Road, which scores high due to its connectivity to the city and upcoming infrastructure projects.

The residential real estate market in Ahmedabad has evolved over the years with newer stretches garnering increased traction from homebuyers owing to affordability or the emergence of quality new projects. Some of the areas that are at the top of homebuyer’s wish list due to the availability of low-cost housing units in Ahmedabad include Shela, Shilaj and South Bopal. Ashram Road, too, garners healthy demand from middle and upper-middle-income segment homebuyers due to its ever-expanding infrastructure and investment potential.

Shela: “Nestled in the western peripheries of Ahmedabad, Shela comes under the emerging Residential Affordable Housing Zones (RAHZ) of the city,” informs, Jinesh Shah, Owner, Swastik Property Solution, Ahmedabad. It is situated alongside the Sardar Patel Ring Road and is well-connected to the central regions of Ahmedabad such as Prahlad Nagar, Thaltej, Bodakdev, Satellite and Vastrapur. The area also enjoys excellent connectivity to commercial hubs of Bopal, Mithakhali, Sarkhej-Gandhinagar (SG) Highway and GIDC. To improve the connectivity quotient further, the municipal body has proposed to develop the Bus Rapid Transit System (BRTS), monorail and metro services in the area.

On the residential front, Shela is replete with independent houses and residential plots of varying sizes. “Being an affordable market, the property prices in Shela range from Rs 3,000 per sq ft to Rs 3,500 per sq ft. Competitive price, well-planned infrastructure and excellent connectivity is expected to boost the realty growth in future,” avers, Shah.

Shilaj: The residential demand in Shilaj, a small suburb in the west, has gone up in the recent past due to improved road network. The area provides seamless connectivity to the commercial hub of South Bopal, Sardar Patel Ring Road, Sarkhej-Gandhinagar Highway, Gujarat State Highway-135 and Gujarat State Highway-17. AMTS Buses are also operational in the area.

In terms of neighbourhood, the locality is surrounded by central areas of Chanakyapuri, Manipur, Memnagar, Chekhla, Gurukul, Ambavadi, Bopal, Village, Juhapura and Makarba. Rapid advancement in infrastructure, coupled with the transportation system and proximity to all required amenities, has fueled the growth of property prices in Shilaj. The average property prices in the locale range from Rs 3,500-4,000 per sq ft.

South Bopal: Popularly known as SOBO, South Bopal is an upcoming area situated along the SP Ring Road. It offers a host of residential projects with apartments priced between Rs 4,000 per sq ft and Rs 5,000 sq ft. A few high-end projects also offer homes priced as high as Rs 7,000 per sq ft.

Working professionals in Prahlad Nagar, SG Highway, Makarba, Sarkhej, Changodar and Sanand Industrial Area, primarily prefer to reside in South Bopal. Besides, the North-East metro-connectivity and the BRTS network have uplifted the liveability quotient of the area. The locale also ensures smooth connectivity to the important industrial regions in Ahmedabad such as Maruti Industrial area. ISG Highway and Prahlad Nagar are also reachable via AMC buses.

Ashram Road (Riverfront area): A commercial and financial zone, Ashram Road runs parallel to the famous Sabarmati River. It lies under the jurisdiction of Ahmedabad Municipal Corporation (AMC). Being the business district of Ahmedabad; the area attracts many companies and foreign investors from across the globe. Several government offices, such as Reserve Bank of India (RBI), and Income Tax office, among others, have ushered the growth of many high-end projects. The site also assures smooth connectivity to other business districts via bus and metro. There is a proposal to transform Ashram Road and Riverfront Road to ‘Smart Roads’ under ‘Intelligent Transportation System’ (ITS), the first of its kind in the city. The development would provide real-time traffic information and suggest alternate routes to commuters.

The optimum connectivity and proposed infrastructure projects may trigger realty prices in the micro-markets along the stretch in the coming years. According to Shah, “The government has planned to invite prominent developers and NRIs to invest in the area. The presence of big organisations has opened the floodgates for real estate growth along Ashram Road, especially in the commercial sector. The property price along the belt hovers between Rs 4,500 per sq ft and Rs 6,000 per sq ft.”

Apart from the locales mentioned above, a few other areas, which are homebuyer’s favorites in Ahmedabad, include Gota, Vatrapur, and Thaltej. 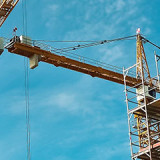