The impact of Demonetisation on Chandigarh real estate

Demonetisation resulted in a sudden cash crunch across the country, resulting in an immediate drop in the prices up to an extent of 5-10 percent. With black money running out of the market, the developers were forced to rationalise the property prices according to the demand of genuine homebuyers. Though there is still some time for a full-fledged recovery, the market has indeed returned back on the right track.

Chandigarh is facing an acute problem of demand-supply mismatch. New launches across the city have come to a saturation point due to lack of space, avers Aman Singla, Managing Director, SBP Group, in an exclusive interaction with 99acres.com.

Three years post demonetisation, is the industry still reeling under the impact it brought along?

The industry was already struggling in terms of sales when demonetisation came. The developers were already reeling under the pressure of increasing unsold inventories and demonetisation added salt to the wound. The move inflicted major disruption in the real estate sector, and it further punctured the recovery process.  Demonetisation sucked out a lot of liquidity out of the system by slowly depleting the parallel cash economy. Other reform measures that had been introduced around the same time also had a major impact on the real estate sector. Property registration witnessed a fall of almost 40 percent, which is a considerable amount causing a wave of fear among the developers across the country.

Has the industry inched towards a full-fledged recovery yet?

A full-fledged recovery will still take some time because the deficit is quite big. The Government of India has recently announced a number of initiatives to revive the ailing sector, including a stress fund of Rs 25,000 crore approved by the Finance Minister to complete the delayed projects falling under affordable housing and mid-range segment. Additionally, a reduction in the repo rate by RBI has also paved the way for cheaper home loans. Apart from this, the introduction of RERA has also helped in winning back the trust of people in the sector. Though a full-fledged recovery is still a long way, the sector has definitely returned on the right track and is gradually heading towards recovery.

How is the current scenario of housing demand and supply in your city?

Chandigarh is facing an acute problem of demand-supply mismatch. Due to lack of space in the city, the launch of new projects have come to a saturation point, but the demand is increasing everyday as Chandigarh is one of preferred locations for buyers. The property prices in Chandigarh have sky-rocketed due to the demand-supply mismatch. Investors and end-users are now exploring affordable locations in the adjoining Mohali district, where the newly opened international airport, Aero City and the upcoming IT Park have emerged as major propellers of realty growth.

Mohali is quite strategically located. It connects Panchkula, Zirakpur, Mohali and Kharar from the business point of view. This area provides excellent connectivity and direct access to Punjab, thereby offering a unique advantage to investors and entrepreneurs for setting up offices and distribution centres for their logistics.

Was the move successful in rationalising property prices in your city? If yes, to what extent?

The demonetisation decision was expected to rationalise prices, which is now reflected in property prices. The prices have corrected by as much as 30 percent in some markets. However, this has not revived the demand actively from the domestic buyers or Non-Resident Indians (NRI). The buyers are only willing to buy if there is a need to self-occupy. The speculative buyers are staying away from the market, thereby contracting the market size significantly.

Due to Demonetisation, there was a sudden cash crunch across the country, resulting in immediate drop in the prices up to an extent of 5-10 percent. With black money running out of the market, the developers were forced to rationalise the property prices according to genuine buyers who anyways would take a legal route of payment.

What are the current challenges that are hampering the realty revival in your city?

As mentioned before, the biggest challenge in Chandigarh is the demand-supply mismatch. With demand increasing rapidly and construction coming to the saturation point due to limited space, the property prices in Chandigarh have sky-rocketed. Apart from this, the sector is facing many combating challenges which is further halting the recovery such as funding, project delays, innovations in projects and GST rate. Moreover, one of the major challenges is the economic slowdown. People are spending cautiously due to insecurity in the market. Of course, this might be a short-term challenge, but it has impacted real estate in a big way as of now. The demand and supply chain are not going hand to hand, which is also playing a major role in obstructing the revival of the sector.

How do you expect the market to fare in the coming 5-6 months?

We will not witness a major turnaround in the next 5-6 months as the deficit is big. But, we are expecting positive development in the sector due to measures taken by the Government of India and banks. Additionally, an increase in the demand for residential and commercial spaces in Tier 2 and Tier 3 cities have also helped in the revival of the sector. The future is looking bright for the sector in the coming times. The Government is also paying special attention for the revival of the sector because there are many other parallel sectors which are largely dependent on the real estate market.

The impact of demonetisation on Mumbai real estate

Three years after Demonetisation, real estate is on the path to recovery

Three years of Demonetisation: The impact on the Indian real estate sector 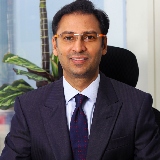