The Tamil Nadu government has announced the formation of flying squads to inspect under-construction buildings across the State. The intent behind is to curb violation of building norms and rectify defects in the initial stages of construction.

As informed by S Muthusamy, Housing and Urban Development Minister, Tamil Nadu, the State has planned to form flying squads to inspect buildings under construction and prevent layout violations. The inspection would facilitate rectification of defects, if any, in the initial stages of construction.

At present, inspection is undertaken only after the completion of the building, and if there are no deviations in the layout, a Completion Certificate (CC) is issued. However, from now on, the buildings shall be inspected at each stage. The concerned authorities shall be informed of the violations at early stages so that it becomes easy for the owners to make necessary construction changes.

According to sources, MK Stalin, Chief Minister of the State has directed the officials to provide building permissions within 45 working days.

The decision to introduce flying squads for building inspection has been taken in the wake of the persistent violations in construction, especially in the Coastal Zone guidelines. Even the Madras High Court has many times pointed outthe violations of declared construction norms in Tamil Nadu. 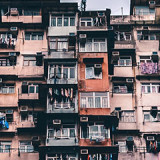 Building permits in Chennai within 30 days

Tamil Nadu Govt. to build houses for 4,000 families in Trichy