Real estate moves one step ahead to becoming an Industry

With the cabinet approval for 20 important amendments to the Real Estate Regulatory Bill, the real estate sector has moved a step closer to becoming an organised industry. The thrust of the bill is on transparency and protecting the interests of homebuyers. The much awaited move has brought immense cheer amongst the developer fraternity, who too have been longing for this for several years now.

Expressing his delight, Navin Raheja, Chairman - NAREDCO Advisory Council, Real Estate Committee - FICCI and MD, Raheja Developers says, “Greater accountability of developers towards customers, setting up of Regulatory Authorities in states, ensuring dedicated utilisation of project related payments from buyers, transparent disclosure of project details and quasi-judicial institutions are all expected to instil confidence amongst customers and investors from both domestic and international markets. Just how setting up of Securities and Exchange Board of India (SEBI) had created a new environment of stock markets and led to a multifold expansion of the market, we hope that Real Estate regulation shall also lead to growth of organized real estate in India.”

The sector is currently going through a wait-and-watch phase across the country. The approval of the Regulatory Bill was a long awaited measure that appears to benefit both developers and consumers through the regulatory uniformity it offers. The move is touted to improve consumers’ confidence in the sector.

Commenting on the same, Mohit Goel, CEO, Omaxe Ltd says, “The entire real estate fraternity has been eagerly waiting for the Bill to be cleared and we hope it is operationalised and notified at the earliest. The interest of homebuyers will be duly protected from fly-by-night developers who operate in large numbers. Builders who work on a small scale, mainly in tier II and III cities, and who operate with blatant disregard for law, quality, transparency and safety will be checked profoundly.”

The amendments in the bill focus on several important aspects such as scope of escrow account, measures to reduce construction delays and regulation of real estate agents. However, developers believe that successful implementation and focus on single window clearance will further help in making the clauses of the bill more effective. Anil Sharma, CMD, Amrapali Group moots, “At an initial level, the move seems good for the sector. However, it would have been more effective if all the stake holders such as approving authorities, financial institutions, structural and architectural consultants and contractors were included in the ambit of this bill. This would help in regulating the approval process and appropriate delivery time of any project."

Experts feel that including the sanctioning authorities in the real estate bill would help in reducing the delays in implementation of projects.

Where to buy a 2 BHK within Rs 40 lakh in Ahmedabad? 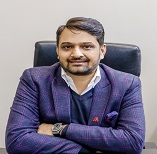 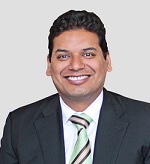 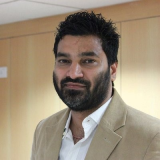