The Indian real estate sector has witnessed a massive improvement in the last couple of years.The burgeoning trend for ready-to-move homes has significantly contributed to the revival of the market from the times of economic slump.

The real estate sector has witnessed a paradigm shift over the past few years. In the wake of the Non-Banking Finance Companies (NBFCs) crisis and the stringent norms introduced by the Government, people have become extremely cautious when it comes to home investments. As a result, demand for ready-to-move houses has seen a humongous growth as they involve lower risks and are readily available for possession.

The acute surge in the demand for ready homes or projects nearing completion has primarily emerged from the delayed deliveries associated in under-construction units. Moreover, ever since the Government has evaded the Goods and Services Tax (GST) from resale flats, the ready-to-move homes have been selling like hotcakes.

Faster home loan approval process has also added to the trend. One of the most significant advantages of buying a constructed property is that there are no issues related to delayed deliveries, and the buyer gets the exact product as seen at the time of a site visit. Hence, ready homes involve complete transparency, unlike the under-construction projects, where at times, there is a significant difference in expectation and reality.

While Tier I cities such as the National Capital Region (NCR), Pune and Hyderabad tops the popularity charts for ready-to-move homes, Tier II and Tier III cities have also witnessed considerable demand in the segment. It is primarily because the cost of acquiring a ready property in Tier II and Tier III locations is relatively lower than in metro cities. Furthermore, many reputed developers have paved their way in smaller towns, which has boosted the homebuyers trust.Accessibility of bigger homes and better returns on investment in smaller cities are also some factors that have pushed up the demand for ready-to-move units in these locations.

The increasing trend among homebuyers to build a lifestyle away from the hustle of a metropolitan yet offering all the amenities of advancing cities has also thrived the smaller markets. Altogether, these factors have created a melting pot culture and have been drawing people from prime locations.

The charming city of Panchkula is one such market that has caught the fancy of homebuyers. Earlier a sleepy settlement, today Panchkula has turned into a vibrant, modern and a self-sustained town, crowned by the Shivalik Range. Flanked by the cities of Chandigarh and Mohali, Panchkula is close enough to the urban demography and offers a rich heritage coupled with the industrial and commercial developments. The quietness and expanse of green landscapes and the motivation to escape from the chaos of routine life and pollution-free environment have attracted many people to invest in the city, and ready-to-move homes remain the prime choice of homebuyers. Being a time-saving and hassle-free option, ready-to-move homes have become the favourable option for individuals which has spiked the demand in the segment. Majority of the investors in Panchkula are white-collar people and businessmen who invest in ready homes because they are easy to rent and assure higher investment returns.

The rising need for affordable rental housing in India 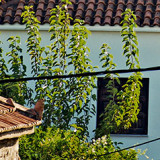 Precautions for homeowners (with house numbers 1 to 9)