In a recent revelation, the Uttar Pradesh government has announced the construction of a 1000-acre film city in Noida, along the Yamuna Expressway. With this, the city is planned to be developed as the biggest hub in North India. Once completed, the project is expected to not only revive the city's fortune but also facilitate real estate growth in terms of price and demand appreciation.

After the international airport at Jewar, the planned film city development in Noida is further likely to boost the realty prospects of Noida, Greater Noida, and Yamuna Expressway. The market, which has primarily taken a hit post the COVID-19 pandemic is expected to witness increased demand for commercial and luxury housing projects once the construction kick starts. While a lot of developers have already acquired land around the upcoming Jewar airport, the announcement of the film city is likely to propel the demand further across the region. As opined by industry experts, the city will emerge as one of the most robust markets for luxury real estate in the coming years as people from the entertainment industry would want to look for projects that can meet their standards and requirements.

Amit Modi, Director, ABA Corp and President, CREDAI, Western UP, in this context, avers, “The initiative is expected to have a major economic multiplier effect on the local economy. It will not only attract the best talent involved in the film making process, but also millions of workers alongside, who will be looking for accommodation in the region. We feel that the project will have a huge impact on the capital, as well as the rental market. The demand for commercial real estate will also rise as several production houses will look forward to opening their satellite offices in the city. It is indeed a welcome step that will open gates of opportunities for the regional real estate market.”

Want to own a piece of land in Jewar? Know more about the Jewar Plot Scheme 2020.

Quick facts about the film city project in Noida:

Here are some quick facts about the upcoming film city project in Noida:

The announcement made by the government on September 18, 2020, drew the attention of several reputed developers and people belonging to the film industry. As a result, the demand for penthouses, villas, and farmhouses, is likely to go up in and around Noida in the near future. As per Deepak Kapoor, Director, Gulshan Homz, “Properties within a radius of 50 km from the proposed film city are likely to witness a massive appreciation in capital and rental values. Along with the demand for luxury projects, the concept of wellness homes will also witness renewed interest.”

Echoing similar sentiments, Ashish Bhutani, CEO, Bhutani Infra, informs, “The government has already received over 50 investment proposals worth Rs 7,000 crore from international investors who are planning to shift their base from China to Uttar Pradesh. The list of such investors include people from Japan, UK, US, Canada, Germany, and South Korea.”

Noida, as a real estate market, has always been preferred over Gurgaon due to the presence of affordable housing inventory - both in the residential and commercial segments. Having witnessed office space leasing up to 1.08 million sq ft in between January and June 2020, the city surpassed Gurgaon in terms of overall transactions and was regarded as the highest contributor to gross leasing in the National Capital Region (NCR). While the two property markets are independent of each other, real estate in Noida and Greater Noida is expected to get a push post the announcement as compared to their counterpart in Haryana. Better infrastructure, including roads, metro rail connectivity, and affordable rentals, will further provide an edge to the twin cities in the coming years. The upcoming Jewar Airport is another feather in the cap for the region to boast of a growing economy and real estate market.

Going ahead, the proposal to construct a film city in Noida will not facilitate the revival of the market in terms of demand and supply, but will also aid in the liquidation of the existing inventory that has been stuck for years now. Moreover, it will help create massive employment opportunities in the State. 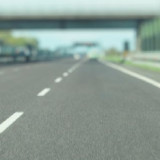 What is the cost of constructing a house in Delhi?