MUTP 3 to trigger realty growth along its development

The Mumbai Urban Transport Project (MUTP) 3 will not only connect Panvel and Karjat but would also boost realty growth in the micro-markets alongside.

With the rapid urbanisation, Mumbai Metropolitan Region (MMR) has experienced a paradigm shift in its demography and density of population. The trend of commercial decentralisation has led to the emergence of multiple new business districts in the peripheral satellite towns of MMR like Panvel. The job opportunities now spread across various upcoming hubs in the multiple new locations. As a result, work-related transport, i.e. daily commute is shifting patterns. As suburban rail network remains the most cost-effective mode of daily commute, going forward, there will be a need for enhanced transport linkages across existing suburban lines. This is where MUTP 3 will play a major role in the expansion of the suburban rail network; ease the burden on existing commute lines and augment the geographical connectivity.

The paperwork for the project has been completed, and the groundwork for MUTP 3 is finally moving ahead, after three years of approval. The Rs 10,948-crore project covers three sectors: Virar-Dahanu, Airoli-Kalwa and Panvel-Karjat. The advantage of the Karjat-Panvel section goes beyond just a shorter rail linkage between Mumbai and Pune since it will provide access to a huge suburban section which will aid in the emergence of new residential hubs.

The MUTP 3’s Panvel-Karjat second passenger line section will have a significant bearing on realty opportunities alongside. The linkage will not only smoothen the connectivity between Mumbai and Pune but will also open up a vast gamut of the suburban corridor for the development of new residential projects.

Increased inventory supply would effectively tailor the housing demands of growing working populace not only located within Mumbai but also in the MMR’s new emerging business hubs like Panvel. Also, the development of Panvel into a global commercial hub, given the impact of Mumbai Trans Harbour Link and the Navi Mumbai International Airport, will dovetail perfectly with residential real estate hotbeds developing along the rail link.

Given that, the Panvel-Karjat suburban rail corridor is ‘important’ for balanced growth and economic development across the MMR. Also, once the project is completed, commuters will be able to take local suburban trains between Karjat and Panvel railway stations without taking a detour or switch trains at Thane station. Currently, travellers have to switch trains from the Central Railway’s (CR) mainline to the Thane-Vashi trans-harbour line. 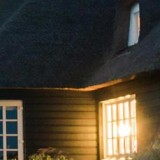