The concept of developing a smart city has been influenced by the notion of creating metropolitan hubs which would run on technology to deliver an enhanced water and electricity supply, recover hygiene and effective waste management and recycling, proper and smart management of traffic and transport systems, a smart delivery of services, smart healthcare and infrastructure facilities along with a smart use of energy. 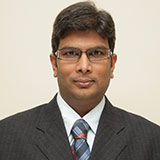 The Union Budget 2018 presented by Finance Minister Arun Jaitley made announcements for the ambitious agenda of constructing 100 smart cities in India. The government’s idea behind initiating this project is to revitalise the urban system, advance urban infrastructure facilities, quality of life and achieve sustainable and inclusive development besides other things.

India is all set to modify beyond recognition and move towards becoming the most populated country in the world by the year 2030. The ever-mounting Indian population is moving in the direction of the main cities, giving rise to the growth of a construction industry of megacities, replete with contemporary technologies and modern infrastructure that will further advance the local resources.

Across the globe, the pace of migration from rural to metropolitan areas has been depicting a marked increase. By the year 2050, there is no doubt on the fact that about 70 percent of the population will be residing in cities, and our country India is no exception. India will require about five hundred new cities to accommodate the rapid inflow of population into its urban regions. As per the researched estimate, about twenty to thirty people from the rural areas are bound to migrate every minute to the major cities in pursuit of better employment opportunities. Another study reveals that about three fifty million migrants will travel to cities in the span of the upcoming six years.  Hence either way it is expected that approximately 843 million migrants will be residing in the urban Indian cities by 2050.  To address this colossal urbanisation, the Smart Cities Mission is on a roll thanks to the Union Budget 2018’s initiative to spend about Rs 2.04 lakh crores with respect to execution of projects concerning smart solutions, smart roads, smart water and solar rooftops that are on the go. The government has set an ambitious plan to build 100 smart cities across the country as a prudent way to effectively manage the complexities involved.

India has been urbanising at a much faster rate as compared to any other country in the world. Nevertheless, in spite of such speedy development, India's record in many ways is still far from satisfactory, even when equated to other evolving economies. The urban areas in India are still proceeding towards becoming more productive than the countryside. Here, the urban output is about 60 percent higher than rural efficiency, still, this is the lowest rate among the evolving economies. The growth chart in the country of China is 220 percent.

In India, the metropolises that have ongoing or planned smart cities comprise of Aurangabad in Maharashtra, Ahmedabad in Gujarat, Manesar in Delhi NCR, Kochi in Kerala, Khushkera in Rajasthan, Tumkur in Karnataka, Ponneri in Tamil Nadu and Krishnapatnam in Andhra Pradesh. Most of these cities will consist of special investment regions or SEZ’s with altered regulations and guidelines along with tax structures that are aimed at making foreign investments more effortless and attractive. This is an indispensable factor for the success of smart cities in India, because most of the funding for these projects will have to come from private developers and from overseas.

Why is the development of Smart City vital for rapid urbanisation in Indian Real Estate Segment?

Challenges that need to be overcome

The smart city concept does to come in without any challenges, particularly in a country like India. For example, the triumph of such a city depends entirely on its inhabitants, capitalists and visitors to the city becoming vigorously involved in energy saving and execution of innovative technologies. There are many ways to make housing, commercial and public spaces maintainable and ecological byways of technology, but a high proportion of the total energy usage will still in the hands of end users and their behaviour. Also, another hurdle will be the time factor – such cities can take anything between twenty to thirty years to be built completely. But once completed, they will optimistically change the face of the ever-evolving industry.

With such a rapid urbanisation, Indian real estate is sure to boom. With more and more cities transforming into smart cities, there will be more scope for affordable homes for Indians. And, since the formation of cities will be a fresh onset, it is more probable to herald better urban policies in India.

Expectations of realty players from Budget 2021

Key expectations of the real estate sector from Budget 2021