According to an official data, Maharashtra leads in terms of real estate project and agent registration under the Real Estate (Regulation and Development) Act (RERA). Uttar Pradesh, on the other hand, rules the roost in terms of successful disposal of complaints under RERA.

Non-agricultural use of plot permitted only when infra in place: MahaRERA 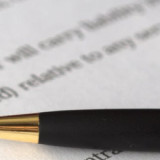 MahaRERA blacklists over 640 realty projects across the State