The tunnelling work for the 16 km-long East-West metro corridor in Kolkata, which remained plagued with several hurdles, is finally complete. The project got delayed due to land acquisition, slum relocation, and route alignment problems.

The East-West metro corridor in Kolkata that is a 16 km-long twin tunnel project is finally complete. The section includes two underground metro rails, one east-bound and the other west-bound. The Kolkata Metro Rail Corporation (KMRCL) is executing the project with partial financial support from Japan Bank for International Cooperation (JICA).

The underground tunnel will cross the Hooghly River for approximately half a km through a 520-meter underwater section. This will make the East-West Metro tunnel the first underwater tunnel in India.

The East-West metro corridor project will connect the two cities of Kolkata and Howrah. The elevated section of the corridor will cover a length of 5.8 km. Moreover, Phase 1 of the metro project is currently operational, while work on Phase 2, which stretches from Sealdah Station to Howrah Maidan, is still under development. 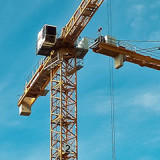 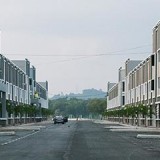