Is NICE Ring Road the new commercial hub in Bangalore?

Is NICE Ring Road the new commercial hub in Bangalore?

NICE Ring Road in Bangalore is garnering healthy traction from commercial occupiers and real estate developers. 99acres.com attempts to explore the reasons behind the rising interest among corporates and developers for the stretch and if it is the next growth corridor for commercial expansion in Bangalore.

Over the last few years, developing infrastructure along with improved connectivity has given rise to increased commercial activity along the peripheral nodes of the Nandi Infrastructure Corridor Enterprises Road (NICE Ring Road). Until now, the IT belt in Bangalore which spanned from South-East to eastern parts of the city used to be the top choice for corporates and IT companies for expanding their operations. However, rapid commercial expansion on the back of a flurry of new launches in the residential segment along the nodes of the NICE Ring Road have brought about a paradigm shift.

Officially known as the Bangalore–Mysore Infrastructure Corridor (BMIC), the NICE Road is a four to six lane expressway connecting Bangalore to Mysore. It is a combination of Peripheral road (41 km), Expressway (12 km) and Link Road (9.1 km). The road stretches about 40 km from Hosur Road to Tumkur Road and was initially designed to help commuters commute swiftly through the suburbs of the Bangalore Metropolitan Area, especially those whose offices are situated near the nodes on the NICE Road.

Of late, infrastructure development coupled with swiftly enhancing road connectivity along the seven nodes of the peripheral road has led to increased traction from IT companies and corporates looking to expand or set-up their offices around these nodes. These seven nodes on the peripheral ring road are: near PES Institute of Technology on Hosur Road, near Gottigere Lake on Bannerghatta Road, near VISL Layout on Kanakapura Road, near Banashankari 6th Stage on Bangalore Mysore Express-way (Link Road), near Kengeri on Mysore Road, near Embassy Public School on Magadi Road and near Jindal Aluminium on Tumkur Road.

The government’s move to unleash large parcels of land for commercial and industrial growth has led to the emergence of new regions in the peripheral districts of Bangalore. Affordability, i.e., lower cost of land in these areas has attracted big companies to establish their base here. To add to this, commercial rentals in the North-West stretch are cheaper compared to the established regions such as Electronic city. Further, the strengthened road connectivity offered by NICE Ring Road, allowing commuters to bypass and circle the entire city within 45 minutes, has also caught the attention of IT companies and developers. According to P. Ravindra Pai, Managing Director, Century Real Estate, "The ongoing NICE – Ring Road connecting the major highways will see better infrastructure development with wider roads for those looking at commercial expansion. The planned metro line will also aid better connectivity.”

While several MNC’s and IT giants such as Bosch, Hewlett Packard, Velankani Tech Park, HCL Limited, Toyota Kirloskar and Tata Advance Materials Limited have already set-up their offices in precinct to the Hosur road and Gottigere, other large IT companies with a workforce of around 1,000 employees wanting to set-up an office in the region may find it lucrative.

The existing IT/ITeS belt in the Silicon Valley spans from Electronic City in the South-East to Sarjapur Road, Whitefield and Hebbal in the East. The NICE Ring Road will give a thrust to the North-West region spanning from Tumkur Road to Kanakapura Road, with a smooth consolidation of the well-developed southern belt of Electronic City, thereby, giving rise to new micro-markets for commercial and residential real estate growth. The expansion of the commercial office market along the seven nodes on the NICE Ring Road has also attracted developers to launch affordable housing projects. These projects are in demand from the working professionals employed in numerous engineering and IT industries located along the stretch. Experts anticipate that once these projects near completion, the city will witness increased activity from the corporates to come up with offices around these nodes. 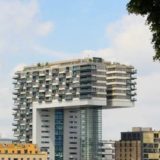 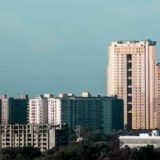 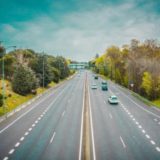 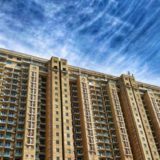 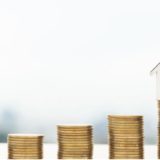 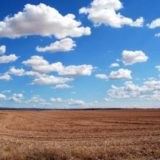 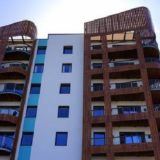