The underpinning factors such as a growing economy, rising GDP, infrastructure developments and striking commercial expansion are testimonies to the fact that Indian realty is set to grow at a steady pace in 2019.

The successful implementation of RERA across metros reinstated homebuyers’ confidence back into the market and created an optimistic real estate scenario in 2018. As compared to the previous fiscal year, corporate leasing also witnessed substantial growth. Overall, the growing Indian economy and the rising GDP rate have greatly attributed to the improved market sentiment and increased traction.

In addition to RERA, infrastructure status to affordable housing also bolstered realty sentiments nationwide. Markets such as Hyderabad, Bangalore, Chennai and Mumbai observed maximum realty absorption round the year. In fact, Hyderabad emerged as the only city which has recorded realty momentum in both residential and commercial space.  As per the recent report by Knight Frank, Despite a temporary slowdown on the back of political instability, Hyderabad’s realty market remained resilient. Multiple policies introduced by the State government aided the city’s property market and resulting in increased demand not only within but also from investors across the country. The unsold inventory in the residential segment has reduced by nearly 29 percent, and a 30 percent hike has been recorded in the housing sales.

Over the past year, Hyderabad has emerged as one of the best residential and commercial real estate destinations in India, complemented by various factors such as infrastructure growth, business-friendly policies and economic boost. Besides, the presence of IT/ITeS companies has also played a crucial role. To keep up with the increasing migrant population, the Telangana government has been continuously investing in development projects to augment the city’s facilities, connectivity and the overall quality of life.

Following suit, Bengaluru has also seized substantial realty demand during the year. Conspicuous launches in the commercial space fuelled by steady demand from startups, IT/ITeS sectors, BFSI and co-working spaces revived the housing market, particularly in the outlying areas. Amongst others, Pune and Chennai, the prominent manufacturing hubs have also garnered interest, and the trend is likely to remain so in the forthcoming quarters.

The year 2019 is strongly anticipated to be extremely positive for the Indian real estate sector. As we are nearing Union Budget 2019, the government is expected to rationalise GST rates from the current 12 percent to six percent or subsume the stamp duty into the existing GST rate. This will be considerably helpful for both consumers and developers. Additionally, an infrastructure status for real estate sector is anticipated. If executed, it will improve the developer’s access to finances at lower interest rates and will make housing projects more affordable for buyers. Introduction of some sops for the buyers in the mid-income housing segment is also sought after along with the Single Window Clearance to fast-track project approvals and deliveries.

Tips to hire the right architect for your property

GreenBase signs MoU with Tamil Nadu Govt. to set up a logistics park in Oragadam, Chennai

Guide to buying an old home or fixer-upper 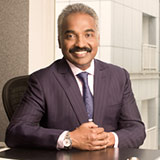 group venture
X
Select City
X
Search
Wondering how will the COVID-19 outbreak impact you?
Stay updated with the industry insights for: