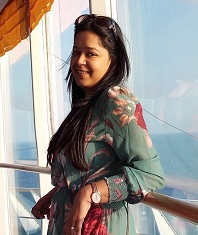 INDIAN REALTY AT A GLANCE

Confronting the adversities posed by the world health crisis during Apr-Jun 2020, the onset of the final quarter of 2020 seemed promising. A perceptional and behavioral shift, coupled with the renewed housing demand, spiraled into rigorous absorption of housing units in Oct-Dec 2020. The festive vigour helped developers see improvement in new home sales, which numbered around 21,800 units, up by almost 50 percent, QoQ. Demand from the Non-Resident Indians (NRIs) went up significantly by over 200 percent since March 2020. Across the consumer segments, ready units remained the prime choice as growing liquidity constraints kept buyers wary and cautious of underconstruction projects.

Despite an unrelenting focus on completing ongoing housing projects, a few Grade A developers launched new projects, sealing the sentiment of market revival. Across the top eight metro cities, approximately 400 housing projects (including relaunched projects and project phases) with over 26,700 units were launched. Mumbai took the lead and captured over 27 percent share of total new launches. Cumulatively, the unsold inventory levels grew marginally across the metro cities and stood at 4.62 lakh at the end of Oct-Dec 2020.

The average weighted prices across cities remained unchanged as the downward pressure of a perception based slowdown forced developers and sellers to maintain status quo. However, with home loan interest rates continuing at a 15-year low, the Centre urging State governments to address the exorbitant stamp duty charges and pumping in funds to expedite the development of key infrastructure projects, the real estate sector is poised to register growth in the year 2021.