Pune has witnessed a surge in property registrations in the last six months. Experts say the prime reason behind this increase is the rebated stamp duty rate of three percent until March 31, 2021. Post this, the stamp duty rates will most likely rebound to the original five percent, prompting homebuyers to register their properties at the earliest.

The home-buying sentiment in Pune improved manifold post the 2-3 percent stamp duty rate cut announcement made in September 2020. The move heightened property sales in the city and encouraged buyers to register their units to seal the benefits of the rate cut before March 31, 2021. Resultantly, property registrations in the city grew by around 70 percent, YoY, by February 2021.

The surge in real estate activity

Experts say homebuyers responded well to the stamp duty cut almost immediately post the announcement. Expressing her opinion, Manju Yagnik, Vice Chairperson, Nahar Group and Senior Vice President, NAREDCO Maharashtra, says, "The revised stamp duty from five percent to two percent till December 2020 and three percent till March 2021 resulted in a boom in residential transactions. It is evident from the fact that the Maharashtra government's revenue has risen by nearly Rs 370 crore between September and December 2020, and the total properties registered during the period stand at 42,410. Even the one percent rise in stamp duty at three percent till March 2021 as against two percent until December did not slow down the sales momentum, and January and February recorded around 70 percent increase in property deals from a year ago.”

What are the other factors behind the increasing property registering?

Nadir Nilgiriwala, Owner, Gemini Properties, a Pune-based broker, avers, "The stamp duty rates cut by the Maharashtra government came as a rare opportunity and the fence-sitters went all-out to leverage it. In addition to this, the ultra-low home loan interest rates and discounts on down payments also worked towards improving buyer sentiment, and hence sales in the city. With the Credit Linked Subsidy Scheme (CLSS) scheme for Mid-Income Group (MIG) housing under Pradhan Mantri Awas Yojana (PMAY) coming to an end on March 31, 2021, transactions in this segment also surged significantly between September 2020 and February 2021.”

Further, the industry advocacy bodies, such as CREDAI, urged the real estate developers to absorb the remaining stamp duty charges in a bid to boost the market sentiment. Several developers, such as Satellite Developers, Tridathu Realty, Godrej Properties and Goel Ganga Group, extended such benefits and posted increased sales during the same period.

The extension of the festive schemes by developers throughout the year, such as buy now and pay stamp duty later, flexible payment schemes, Equated Monthly Installment (EMI) holiday scheme, which assures no payment or EMI hassles until possession, and attractive home loan schemes, also led to more sales.

Not only homebuyers but even developers seem to be showing a positive sentiment for Pune’s realty market. This is visible from a sharp surge in new project launches in the city. According to the Knight Frank data, the new inventory supply in Pune increased by over 120 percent to 14,840 units in Q4 2020 as compared to Q3 2020. The areas that saw maximum residential activity include Baner, Hinjewadi, Balewadi, Wakad, Ravet in West Pune and Wagholi, Wadgaon Sheri, Kharadi and Magarpatta in the East Pune.

As the nation is progressively emerging out of the COVID-19 pandemic, working professionals are moving back to the city, and the cost waivers have motivated them to invest in under-construction projects across Pune. Moreover, various real estate bodies, along with NAREDCO, have urged the Maharashtra government to extend the prevailing stamp duty rebate that expires on March 31, 2021, till December 2021. Although this uptick in real estate activity cannot be misunderstood for a full-fledged recovery, it is a welcome sign towards a robust resurgence.

How will residential real estate in Pune shape up in 2021? 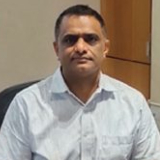