Owing to a liquidity crunch in the real estate market, the number of stalled housing units across the major metropolitan cities are in the thousands. For a homebuyer, stuck in such a project, there are many legal remedies, which he/she can resort to for getting fast redressal.

It is definitely hard for innocent, gullible and aggrieved homebuyers, faced with and going through a depressing and frustrating experience of having seen their life's savings stuck with a non-performing real estate developer, in the hope of owning their dream house, to distinguish between, finalising and pursuing a suitable, result-oriented, effective, hassle-free, fast and sound legal remedy for recovering their money.

One crucial factor warranting consideration by homebuyers is that taking recourse to a remedy in terms of proceedings before the National Company Law Tribunal (NCLT) has been far less cumbersome, much faster (being time-bound) and cost-effective since the Court Fee payable is fixed and not ad-valorem in comparison to pursuing a remedy before a Civil Court, since pursuing a cause before Consumer Court is much slower and almost toothless in comparison.

On the contrary, the proceeding before the National Company Law Tribunal under the Insolvency and Bankruptcy Code provides for a time-bound process even after the matter has been admitted and the Corporate Insolvency Resolution Process set in motion.

I have discussed in my earlier columns recently that after the validity of the 2018 amendment to the Insolvency and Bankruptcy Code, 2016, as also the position of the homebuyers as "financial creditors" was reaffirmed by the Honorable Supreme Court of India in terms of the ratio of the Judgment in the case of Pioneer Urban Land and Infrastructure Ltd. Vs. Union of India [(2019) 8 SCC 416]. The homebuyers were thus recognised as "financial creditors" and could initiate Corporate Insolvency Resolution Process (CIRP) against defaulting developers under Section 7 of the Insolvency and Bankruptcy Code, 2016 owing to the amendment to Section 5(8) of the Code.

The ruling by the Hon'ble Supreme Court of India also made it clear that homebuyers, already pursuing legal remedies against builders under the Consumer Protection Act, 1986 or under The Real Estate (Regulation and Development) Act, 2016, could simultaneously take recourse to proceedings against the builders under the Insolvency and Bankruptcy Code, 2016.

However, the Insolvency and Bankruptcy Code (Amendment) Ordinance, 2019 on December 28, 2019, followed by the Insolvency and Bankruptcy Code (Amendment) Act, 2020, further amended Section 7, in accordance of which, the financial creditors of the same class under clause (a) or (b) under sub-section (6A) of Section 7 were put to conditions of initiating insolvency but with a mandatory threshold limit.

The said mandatory threshold limit prescribed a joint application by a minimum of 100 or 10% of such allottees, whichever is less, which has put the homebuyers in a difficult spot.

In this column, I have tried to highlight the advantages that empowered homebuyers may be in a position to draw as a consequence of having been subjected to following a threshold limit, as well as how the threshold limit set by the newly amended law help homebuyers despite having been changed after the enabling provisions were made conditional.

What is Corporate Insolvency Resolution Process (CIRP), and how is it useful for homebuyers?

• Corporate Insolvency Resolution Process can be initiated by any of the stakeholders, i.e. debtors/creditors/employees by filing a petition before the National Company Law Tribunal (NCLT).

• The admission of the petition amounts to the NCLT declaring the entity insolvent, having passed appropriate orders to resolve it and protect the rights of the creditors.

• If the adjudicating authority (NCLT) accepts, an Insolvency Resolution Professional (IRP) is appointed.

• The power of the board of the firm and the management and is transferred to the Committee of Creditors (CoC). Post that, they act through the IRP.

• The IRP has to decide whether to revive the company (insolvency resolution) or liquidate it.

• If they decide to revive the company, they have to find someone willing to buy the said company.

• They invite open bids from interested parties to buy the firm.

• They choose the party with the best resolution plan, which is acceptable to the majority of the creditors, to take over the management of the firm.

Most companies, real estate or otherwise, are happy using the money of creditors to their advantage until it becomes legally impossible. However, they do not want to lose management control and see the assets of the company being subjected to liquidation, which is the first possibility immediately after the petition against them is admitted.

The culpability of the company to an undeniable default, and the threat of losing management control in terms of a judicial order, thus helps strengthen the negotiation capability of the homebuyers and becomes a reason for the same to expect a refund of their money.

How can homebuyers connect and get together?

• Social Media is the most effective and useful method to connect.

• It is generally seen that homebuyers in every group have formed a group amongst themselves on such platforms.

• Remain in touch with an experienced lawyer good at handling IBC matters and make that a focal point for collecting information and pursuing the remedy.

How can the condition pertaining to the imposition of a threshold limit help homebuyers once they have got together?

• Numbers make an impact; when 100 or more aggrieved homebuyers come together before the Adjudicating Authority, it conveys the seriousness and gravity of the default on the part of the builder.

• When so many petitioners join hands, they end up saving on costs of litigation.

• It would be normal and easy for the Tribunal, considering a joint application of 100 homebuyers, to form an opinion in favour of the homebuyers, in so far as ascertaining the bonafide nature of the claim is concerned.

The masterstroke lies in challenging yourself and applying your energies in the right direction for pursuing appropriate legal solutions. For any further details, clarifications, help and support, the viewers are welcome to connect with the author of this column. I am sure the foregoing shall be of immense help for homebuyers in distress and shall go on to ignite and enhance their instinct, hitherto missing, and could actually assist a move in the right direction to achieve a positive outcome wholly driven by swift and effective solution under the Insolvency and Bankruptcy Code of 2016 (as amended). 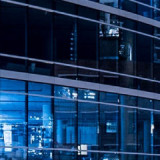 How has COVID-19 affected the Indian coworking sector?

How has COVID-19 affected the Indian retail sector in 2020?

Guidelines for purchasing your dream home amid the COVID-19 crisis