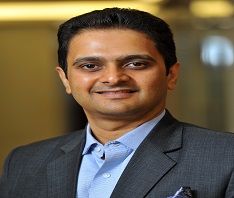 The Goods and Services Tax (GST) was implemented across India on July 1, 2018. Ever since, real estate buyers have been wary of investing in under-construction properties which attract an effective GST of 12 percent. As a result, ready homes witnessed enhanced demand and even sales across top cities. On the occasion of GST’s first anniversary, Ravindra Pai, Managing Director, Century Real Estate shares his thoughts on the role of the new tax system in driving the real estate sector in India.

How has been the response of buyers towards GST on real estate?

Post GST, simple and transparent tax was applied on the purchase price of properties which is the biggest advantage for any property buyers. According to the Finance ministry, there will be no tax under GST for housing projects which come under the affordable housing scheme. Under the new tax regime, developers were allowed to claim deduction of the taxes which were paid on the procurements made by them against the output tax charged to the buyers, reducing the overall cost, hence aiding the buyers. Hence, there has been positive response from the buyers due to the unified tax.

What are the confusions prevailing regarding GST on under-construction properties?

There is an incorrect understanding that ready-to-move-in houses with occupancy certificates (OCs) do not come under the ambit of GST. Homebuyers considered that purchasing ready-to-move-in houses is better as against looking at buying an under-construction property as it is not included in GST. However, the buyer has to pay whether he buys an under-construction or a ready homes. Sometimes, GST also depends on the location and type of the project.

Has the tax incidence on under-construction (UC) properties propelled sales in the ready-to-move-in market or vice-versa subdued sales in the UC segment?

What challenges did the buyers and developers face while transitioning to the GST-era?

The developers had to initially get the nuances of GST impacting their operations. They had to update themselves on the new tax regulations, update their software according to the new tax regime. If a developer has benefited from reduction in construction costs due to input tax credits, the same had to be passed on to the buyers. However, as there was no method of calculation and such benefits not described, the developers themselves had to realise these benefits in the first place.

Have the stakeholders been able to overcome those challenges? If yes, how?

The stakeholders have been able to cope with the changes to a large extent. It has been a year and the understanding of the changes in taxation has been better by the developers and the homebuyers alike.

What is the impact of GST on home prices in your city?

There has not been much of a difference in home prices across the city.

GST has definitely simplified the tax system. Prior to GST, there were a lot of taxes which one had to pay like, service tax, VAT etc. GST has subsumed all into one tax. At present there is only one tax which has simplified the transactions.

What’s the long-term impact of GST that the market must look up to?

Implementation of GST was to get India under one tax regime and ease the process of doing business. There are hopes that it will help all the sectors alike and help in improving the Indian economy. GST for the country is good, but we hope stamp duty and registration gets subsumed within it.

Maharashtra: Housing societies have to pay GST on maintenance charges

GST to apply on maintenance deposit paid by buyers: AAR 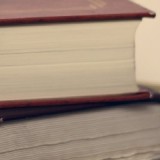 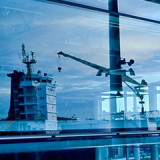