Giving fillip to the Growth in Dispersion (GRID) policy, the Telangana government has approved the construction of five new IT parks in East Hyderabad.

In accordance with the proposed Growth in Dispersion (GRID) policy of the Telangana government, five new IT park are all set to come up in East Hyderabad. The proposed IT parks will be spread over 35 acres, with a total built-up area of 25 lakh sq ft.

As many as five companies had applied for the conversion from industrial parks to IT parks. In Uppal, three companies applied for IT parks include Hyderabad Distilleries and Wineries Ltd, Minacto Chem, and Swamy Soaps and Oils Ltd. Gokuldas Exports Ltd and Bakelite Hylam Ltd are located at Nacharam.

According to KT Rama Rao, IT and Industries Minister, Telangana, the eastern periphery of the city is already home to big IT companies such as Infosys, Genpact and a large number of small companies. The construction of new IT parks will ensure a flow of investment in East Hyderabad under the said policy. 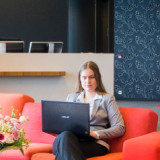 Why are corporates opting for flex spaces over traditional offices?

Investing in commercial real estate in the post-COVID-19 era 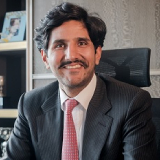