Difference between a Joint Venture and a Joint Development Agreement 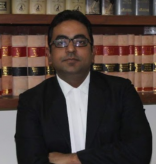 A joint venture or a JV is an agreement between the parties, primarily characterised by shared ownership, returns, risks and governance. It would not be wrong to say that a Joint venture is basically sharing of business which is a method of devising equality rights of a business. However, in a Joint Development Agreement, there is no sharing of business. Instead, it is characterised by contributing to a business. Unlike the former, this is a method of devising profitable rights of the business.

In a Joint Venture, there is a new separate entity or a Special Purpose Vehicle (SPV) in some cases which is created. On the other hand, a JDA does not create any separate entity as it is simply an agreement between two parties, one of whom has to be a real estate developer. A JDA is one where one part generally contributes the land and the other being the developer, develops it accordingly. The responsibility of taking necessary approvals, development, marketing and launching of the project is all undertaken by the builder out of his pocket whereas,  no license is required in case of a Joint Venture.

The profits are shared by the parties at the end of the project. The JDAs need to be registered as a necessary pre-condition to receive loans from banks.

In the event of a dispute arising in a joint venture, arbitration or mediation is considered to be the most feasible method. Thus, it is generally held to compulsorily have an arbitration clause when it comes to joint ventures. The disputes arising under such kind of an arrangement between the parties, if incorporated under the Companies Act, 2013, are to be decided by the National Company Law Tribunal (NCLT) which has the sole discretion with respect to those disputes in the absence of an arbitration agreement. On the other hand, disputes between the parties to the JDA can be entertained by the principal court having civil jurisdiction or the consumer forums if the owner claims unfair trade practices and deficiency of service rendered by the developer. The governing authority in the case of a joint venture is usually the Companies Act or Partnership Ac. However, the governing authority in case of a joint development agreement is the Urban Land (Ceiling and Regulation) Act, 1976. In the case of a joint development agreement, there is capital gains tax liability, whereas, it is not so in the case of a joint venture.

A joint venture can be brought into existence in the following ways:-

With respect to a joint development agreement, there is an agreement between the concerned parties.

All you need to know about deed of release

How to report a Benami Property?

Can the Government encroach upon your private property?