Challenges towards 'Housing for All'

The real estate sector is of strategic economic importance to the Indian economy. It is the second largest employment generator after agriculture and contributes about six per cent to India’s GDP. India would require about 11 crore housing units on a pan India basis by 2022 to achieve the vision of Housing for All. It is imperative that to achieve this vision, we strengthen the sector by streamlining the archaic norms and procedures of urban local bodies and incentivize stakeholders.

As of 28 April 2016, the government has identified 2,508 cities and towns in 26 states for beginning the construction of houses for urban poor. However, there are certain hurdles which are expected to come in the way of making Housing for All scheme a success. Let us look into some major challenges that the government faces in implementing its mission.

About 97.2 per cent of the people who are classified as homeless live in dwelling units that are sub-standard. Many low-income households live in slums created in localities where real estate is very expensive. People who live in informal settlements lack security of tenure as the land on which their settlement units stand is very valuable. While redevelopment is a solution, they are not able to go with it due to insecurity of tenure and involvement of huge expenses. In fact, such assets in the informal economy are probably greater than the government assets.

Subsidies in the residential segment often fail to solve the problem because homes are not “portable”. A low income household in a slum, would not be willing to move into a formal unit in the suburbs. If evicted, they may live in informal settlements of even lower quality, in less centrally located areas.

Access to amenities is another major challenge. According to the census commissioners’ report in 2012, urban slum dwellers enjoy amenities that are comparable to that of the amenities other urban Indians enjoy. In some aspects, the amenities slum dwellers enjoy are even better than that of other urban Indians and far superior to that of rural Indians. Field studies often confirm that though they would be happier with greater floor space and more amenities, they would not want to live elsewhere.

Even as the Housing for All scheme is seen as a national mission, local and state governments have a major role in executing such programmes. Due to lack of clarity on powers of various agencies, executing such schemes becomes more complex. Decisions that should be taken on a local level are often orchestrated by the State or Central Government. With the involvement of various agencies, communication has become one of the key concerns for implementing such large-scale programmes.

We often see that the cost of building better infrastructure on existing urban land is less expensive than building more dwelling units in the periphery. For extending a city’s periphery, more land would be required. As land costs more than the infrastructure that stands on it, it is much cheaper to build infrastructure in existing areas, realign the streets, build better roads and provide access to tap water and improve sanitation.

Despite the cost factor, there are some good incentives which can be used to bring people to these new areas. Pradhan Mantri Awaas Yojana, which was launched in June 2015, aims to build 2 crore houses for urban poor including Economically Weaker Sections and Low Income Groups in urban areas by the year 2022 through a financial assistance of Rs 2 trillion from Central Government. This Mission has four components i.e. in-situ slum redevelopment with private sector participation using land as resource, affordable housing through credit linked subsidy, affordable housing in partnership with private and public sector and beneficiary led house construction/enhancement. Under these components, central assistance will be in the range of Rs 1 lakh to Rs 2.30 lakh.

There are a few more catalysts. One of it is the scheme in which the government will provide an interest subsidy of 6.5 per cent on housing loans availed by the beneficiaries for a period of 15 years from the start of a loan. Construction through eco-friendly technology and preference of allotting ground floors to differently-abled and older persons are also set to act in favor of the mission.

Top reasons to make a property investment in Bandra (W)

How is technology simplifying life in gated communities?

How is the FinTech industry redefining real estate in India? 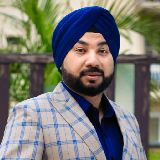 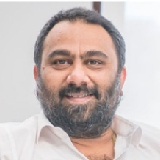