To push the rental housing ecosystem in the country, the Central Government has finally approved the Model Tenancy Act, which is a landmark reform for the high number of vacant flats across the country.

In a recent development, the Union Government has approved the Model Tenancy Act in circulation to all the States and the Union Territories (UTs). The States/UTs will incorporate further changes or enact fresh legislation or amend their existing laws based on the new rental Act.

The Ministry of Housing and Urban Development had floated the Draft Model Act in 2019. The draft Act proposes to establish an independent authority in each State for the registration of tenancy agreements, similar to RERA. It also proposes a separate court to take up tenancy related issues.

Other important provisions of the Act include capping the security amount paid by the tenant at up to two months’ rent and up to six months in case of commercial properties.

The Union Government hopes that the Model Tenancy Act will unlock vacant houses for rental housing purposes. It is also expected to improve the participation of private players in rental housing as a business model and will address the huge housing shortage.

It is pertinent to note that the Act will apply to premises let out for residential, commercial or educational use, but not for meant for industrial use. The Act will not cover hotels, lodging houses, inns, etc. In addition to this, the new law will be applied hence on and will not affect the existing tenancy agreement. 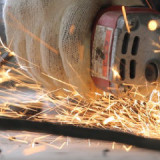 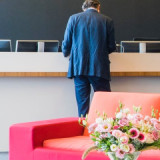