Can a builder sue you for protesting?

Can a builder sue you for protesting?

While it is common to hear about the protests initiated by the homebuyers against the acts of the errant developers, legal action against a buyer is quite an uncommon thing to hear. With weary home buyers coming out on streets to protest against project delays, one thing that comes across our mind is whether a builder can take a legitimate action against the homebuyer for protesting?

Legal action against homebuyers is not an incident that you often come across. However, it is not even out of the question. In a recent case from Noida, the homebuyers staging a protest against the builder were allegedly charged with defamation, public nuisance, and conspiracy. Similarly, in another incidence, which dates back to the year 2017, a developer from Mumbai filed a civil suit against the homebuyer on account of defamation and harmful intent. Here, we need to apprise that while the protestors have all the rights to demand justice, the other party too has the right to sue the protestor in case the latter fails to prove the allegations against the former. In such cases, the builder can issue a cease and desist notice to the buyer for breach of contract and harassment. In case the buyers fail to clarify their stand, the builder can further initiate legal action against the protestor under Section 141 of the Indian Penal Code (IPC).

What is cease and desist notice?

Cease and desist is a sort of legal warning, which states that the recipient needs to immediately stop the illegal activity on his part, failing which, legal action will be initiated by the sender. The notice can either be issued as an order by a government administrative agency, including the courts to stop suspicious activities or it can also be in the form of a letter issued by an attorney. It is often the first formal step taken by the defendant to protect his rights and interest. A cease and desist notice is not legally binding.  However, follow-up actions can be.

How legal are public protests?

As per the Indian Constitution, freedom of holding a protest is a fundamental right under Article 19. The judiciary has also been reiterating the fact from time to time. When it comes to homebuyers, they have all the rights to stage a protest against the injustices done to them, albeit no public order is disturbed in the process. Moreover, it is necessary to take prior permission from the police department before carrying out a public protest rally. While it is legitimate to demand justice through protest rallies, the buyers need to prove the charges against the developer in order to initiate mass action. Or else, the action might attract penalties and other severe consequences under IPC.

What does Section 141 of the Indian Penal Code say?

Under Section 141 of IPC, an assembly of five or more persons is considered to be unlawful, if the common objective of the persons conducting the assembly is to:

In case none of the above conditions is breached and the protestors have sufficient grounds to hold the rally, they can continue doing so. On the contrary, in case any of the above allegations are proved against the protestor, the defendant can in reverse initiate charges for harassment and mental assault.

As informed by Aradhana Bhansali, Partner, Rajni Associates, “Homebuyers can have varied demands, some of which can be exaggerated or baseless. Nevertheless, the homebuyers, nowadays have started to initiate collective actions to name and shame the developers. There have been instances where the buyers have resorted to unlawful protests to corner genuine developers and also file frivolous civil and/or criminal litigations against them. To safeguard themselves from such illegal acts, the developers can seek protection from competent forums such as RERA. Alternatively, applications can be filed against the erring homebuyers in the court of law to seek injunctions or restraint reliefs. In case there has been any damage to the property, the developers can file a suit for damages-both civil and/or criminal against the homebuyer. For the threat to life, criminal proceedings can also be filed.”

While the reasons for builder-buyer disputes can be many, it is always advisable to first consider mutual discussions in order to solve a conflict. In case the matter aggravates, the homebuyers are advised to reach out to competitive forums that have been formed to address buyer grievances. However, in case the buyers decide to stage a protest to make their voices heard, they need to have sufficient grounds and shreds of evidence to showcase, as and when required.

Maharashtra to issue property cards for flats May 25, 2022 13 Views 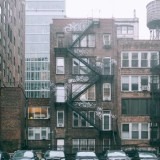 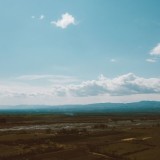 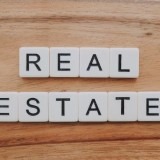