The 7.3 km-long South-West extension of Namma Metro’s Purple Line, from Mysore Road to Kengeri, is likely to miss its inauguration timeline of August 15, 2021.

After missing multiple deadlines in 2018, 2019, and 2020, the Mysore Road-Kengeri Metro route is likely to be delayed again. The 7.3 km-long section of the metro, which was likely to be completed by December 2018 initially, will further miss its completion deadline of July 2021 and will not be inaugurated on August 15, 2021, as decided by the authorities earlier.

As informed by the officials, the inspection of the metro, which was scheduled for July 23-24 has been postponed. The Bangalore Metro Rail Corporation Limited (BMRCL) is yet to receive the revised date for the inspection.

According to a BMRCL official, the Commissioner of Metro Rail Safety (CMRS) will provide a report a week or two after the inspection. The metro will begin its operations only after receiving the report from CMRS. Other than delayed inspection, the metro corridor is postponed due to pending civil work at Kengeri. As per the sources, the remaining work is expected to be completed by the end of July 2021. 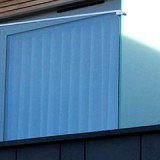 Karnataka Govt. plans to revise Guidance Value in all districts