Chandigarh-based Girdhar has studied Bachelor’s in architecture from Guru Nanak Dev University, Amritsar. Tripat Girdhar attempts to capture the essence of his times and engrosses in the exciting potential that bubbles at the surface of modern India. He is also a member of the architecture council. Previously, he was associated with SD Sharma and Jaipuriya Group as an architect. The Design Studio is an architectural, engineering and interior Design firm with prominence in the verticals of urban planning, commercial, residential, educational and industrial architecture.

The architectural and interior design industries have been majorly impacted by the COVID-19 pandemic. Several trends are being witnessed in these spaces, including the heightened…

Why affordable housing is a beneficial asset class for developers

How airport projects affect the real estate performance of a locality

The Government is making renewed efforts towards improving the airport infrastructure across the country, with over 100 new planned airport projects. How would the upcoming…

Expectations for affordable housing from the National Budget 2021

The prolonged phase of pandemic-led slowdown and the lockdown's adverse effects had crippled the housing sector. Still, the industry and economy are gradually edging back… The built environment is no longer considered just a static barrier which separates the interior from the exterior. Creative and innovative designers are directing the…

With pollution in the metros of India on the rise, the Government needs to make bigger moves such as regulating urbanisation using 'green' building regulations.…

These days, air pollution is a severe threat for the entire world, but if we talk about one of the most polluted countries, then India… 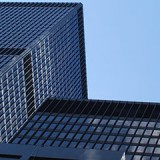 The last decade has seen the commercial real estate transforming immensely, owing to massive policy reforms, growth in the services sector and the presence of…