The Aurangabad Municipal Corporation (AMC) is all set to propose a revised Smart City plan of Rs 1,730 crore to the central government by the end of this month. In its proposal, the civic body has given top priority to Aurangabad’s public transport system.

AMC had been directed by the central government to make changes in the previous proposal under the pan-city infrastructure projects. Following to this, the recent plan includes a detailed plan on introducing state-of-the-art public transport system in the city. It is believed that hi-tech solutions to manage solid waste will also be introduced.

According to Om Prakash Bakoria, Municipal Commissioner, AMC, the civic body will receive around Rs 1,100 crore from the state and central governments over the next 10 years. AMC will also raise around Rs 430 crore through the auction of lands and sale of residential blocks.

No sky-high structures to be built near Taj Mahal 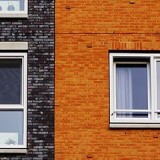