Ahmedabad’s residential market hit a hiatus owing to the economic slowdown, the ongoing NBFC crisis, increasing land costs and subdued housing demand. Lack of funds and limited financial help from the NonBanking Financial Companies (NBFCs) restricted the city’s realty growth in Oct-Dec 2019 as well. Resultantly, the city which witnessed the launch of as many as 102 new projects in Oct-Dec 2018, only saw 41 new project additions this quarter, amounting to nine percent of the total new launches in top eight metros in this quarter.

Weak market conditions, coupled with the onset of the inauspicious ‘Kamurta’ period, marred the home buying sentiment. While housing sales dipped by 10-20 percent, QoQ, property prices reported a modest hike of one percent in Oct-Dec 2019 versus Jul-Sep 2019. Unsold inventory dipped marginally and stood at 8,000 units.

The average quarters to sell (QTS) currently stand at 2.5, one of the lowest in the country. The areas which account for heavy unsold residential stock include Vastral, Nikol, Vatva, and Hathijan.

An increase in the Floor Space Index (FSI) announced in September 2019 might soften property prices in the next few quarters. The developers are expected to start translating the benefit of vertical development. GIHED CREDAI Property Show 2020, an annual property event in the State, might also contribute to improving sales volume in 2020.

Mirroring the National trend, properties priced within Rs 40-45 lakh price bracket continued ruling the roost in terms of both housing demand and supply in Ahmedabad. Nearly 70 percent of the demand is for affordably priced ready units, especially in 2 BHK and 3 BHK configurations. On the contrary, properties falling in the price bracket of Rs 1 crore and above failed to garner buyers’ interest. Not surprisingly, both demand and supply remained confined to the North and East zones, which are primarily the affordable housing belts in Ahmedabad. To name a few, Shela, Shilaj, Ranip, Gota, Bopal, Chandkheda, and Vaishnodevi Circle remained in the thick of the action. 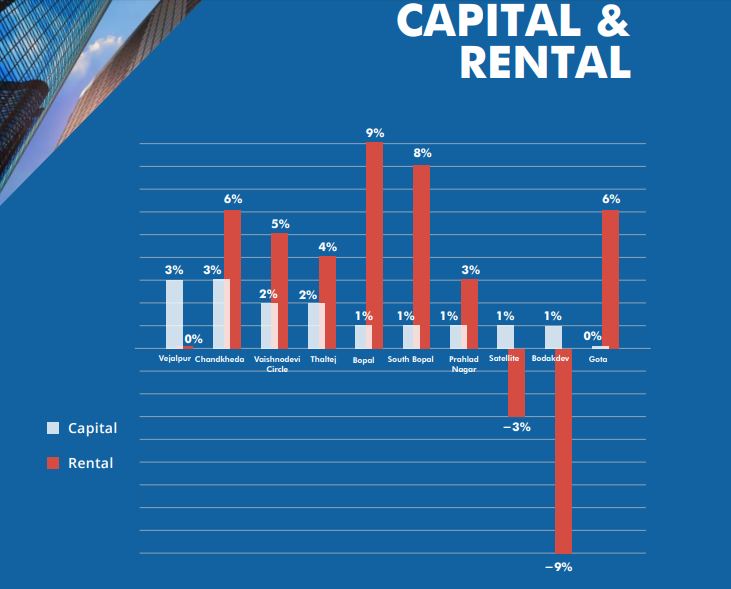 Talking about price points, more than sixty percent of the tracked housing localities in the city witnessed an increase in property prices to the tune of 1-3 percent each, QoQ. Localities in the East and around SG Highway, such as Naroda, Vatva, and Jagatpur, emerged as the bellwethers with a four percent hike in the average weighted capital values, each, QoQ. The hike can be attributed to ambitious ‘asks’ tabled by the owner and broker communities. In the wake of a growing number of professionals migrating to the city every year in search of employment opportunities, especially in the IT Sector, Ahmedabad continued to garner immense attention from the tenant community. The city reported a three percent increase in the average rental ‘asks’ in Oct-Dec 2019 against Oct-Dec 2018. Of all, Kudasan, Bopal, Motera, and Nehru Nagar emerged as the frontrunners and witnessed a noticeable surge of nine percent in the average rental rates, each, YoY. Proximity to Gandhinagar and affordable rentals drove healthy traction to these localities.

Having witnessed stagnancy in the market for long, Ahmedabad might witness some green shoots of recovery with the end of the ‘Kamurta’ period in January, this year. It would also be interesting to see whether the planned infrastructure development in the city helps property demand and prices to recover in the ensuing quarters. Further, factors such as the inclusion of Bopal, Ghuma, and Shela under Ahmedabad Municipal Corporation (AMC) limits and the reduction in home loan lending rates following consecutive repo rate cuts by the Reserve Bank of India (RBI) in the year will also have a key role in defining the future course of the city’s realty. 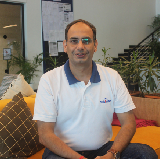 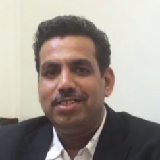