Just like other metros, Bangalore’s rental property market, too, outweighed its capital landscape as end-users awaited clarity after the Centre’s currency ban move. 99acres.com lists out a few rental localities that can be termed as the beneficiaries of demonetisation.

The capital market in Bangalore has been under pressure for some quarters due to multiple factors including the drive against illegal constructions, uncertainty over the Akarma Sakarma scheme and soaring inventory levels, especially in the luxury segment. The market hit a new low with the demonetisation announcement in November 2016. Realty trade came to a standstill for almost a month upsetting the average property rates and the overall market sentiment. The circumstances eventually shifted the consumer preference from buying to renting.

While the consequential impact in the form of liquidity crunch pressurised homebuyers to adopt ‘wait and watch’ approach, only a few rental markets in Bangalore were impacted with a negligible drop in enquiries. As expected, micro-markets near Bangalore’s Information Technology (IT) hubs remained upbeat during the last quarter of 2016. And, there were some localities that got benefited from the market uncertainty, which compelled potential buyers to hold on to rented accommodations.

While North Bangalore recorded a growth in property transactions in October 2016, the government’s demonetisation drive resulted in a void for next two months, impacting overall demand and price points. Such drop in primary market benefited rental localities nested in the zone. 99acres’ Insite report conferred that the rental market here witnessed an annual growth of a six percent.

Hennur Road: Hennur Road posted a 13 percent hike in rental values YoY, owing to its proximity to the international airport and connectivity to Outer Ring Road (ORR). “Connectivity is one of the main reasons why Hennur Road has seen such growth. The area is well connected to the Hebbal area and has an easy access to MG road,” says Kareem Khan, Managing Partner, Network Ventures.

Nagawara and RT Nagar: Nagawara and RT Nagar continued to grow, both recording an eight percent hike in rental rates, YoY. Nagawara garnered tenant interest due to the presence of Gottigere-Nagawara Metro corridor in its vicinity. On the other hand, ample availability of the cost-effective rental stock benefitted RT Nagar with growing rental demand.

As per 99acres’ report, the rental market remained cheerful with East zone registering an annual growth of three percent in rental values. Availability of economically viable rental inventory propelled demand in this zone. Builder floors in the East Bangalore saw an increase in rental enquiries, too. Average rentals of builder floors in Ramamurthy Nagar and KR Puram, thereupon, moved up by two percent over the last one year. Both the localities topped the growth charts owing to seamless connectivity to Whitefield and relatively affordable residential options.

Sarjapur Road: Thanks to its proximity to the IT hub of Whitefield, Sarjapur Road topped the rental rankings with 11 percent growth YoY. “With significant office space supply in the pipeline and rise in employee base in south-eastern Bangalore, the demand for housing was expected to rise in this sub-market, however, with demonetisation, most of the prospective buyers delayed their purchase decisions,” explains Khan. He received 20 additional rental enquiries for this area during November and December 2016.

Rajaji Nagar:Predominantly an industrial area dominated by warehousing and industrial activities, Rajaji Nagar nested in the western quadrant of Bangalore, continued attracting employees working in the neighbouring industries and the service sector. Rajaji Nagar recorded a healthy growth of six percent in the rental values, YoY. The micro-market is expected to see a revival in housing demand with a number of new projects nearing completion in Q1 2017.

Things to consider before buying a plot in Devanahalli, Bangalore

Where to buy office space in Bangalore within Rs 50 lakh? 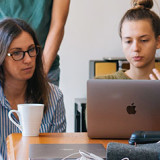